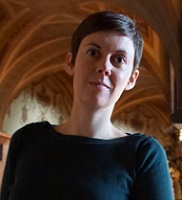 Sunshine glides across classical facades. Spring has sprung in Edinburgh. The first stirrings of Fringe ’15 are already in the air. Like bees amid the seas of daffodils on the Meadows, enthusiastic backers buzz around early Kickstarter campaigns hoping to bring shows up in August. By the Water of Leith an advertising agent for one of the big review sites rechecks his box of lures, hoping to land producers big and small. Our own Richard Stamp, the Fringe Guru, is even now getting ready to slip this year’s festival guides lovingly under his pillow.

As the Fringe’s first stirrings turn from a rumble into a roar, Edinburgh49 will continue to cover the other 49 weeks of arts in our town, showcasing all that this most capital of capitals has to offer the hungry punter. Next week you’ll be able to hear the first episode of the second season of our Kind of a Big Deal Interviews. These feature the kind of big deal folks our world-class arts scene attracts – writers, performers, movers and shakers.

Here’s a preview of Dan Lentell’s conversation with David & Hilary Crystal authors of Wordsmiths and Warriors: The English-Language Tourist’s Guide to Britain (including a rather important spot on Leith Walk with which you may or may not be familiar). Here you can hear David, the world expert on the Original Pronunciation of Shakespeare, giving us a taste of how Measure for Measure would have sounded to its first audiences.

Season 2 of Kind of a BIG Deal will also feature Phil Whitchurch & Sally Edwards (Shakespeare, His Wife and The Dog); & Angela Bartie (The Edinburgh Festivals; Culture and Society in Post-war Britain).