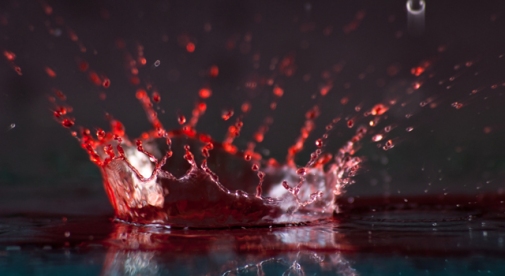 Shakespeare’s Lear is a pathetic apologist : ‘I am a very foolish, fond old man’, who (by his frail reckoning) would have fathered Cordelia in his late sixties. And he didn’t stop there. Why should he? He’s a King of ‘wild, roaring, lecherous men’ who live for ‘war, wine, and whoring’. So, in Ronnie Dorsey’s new and exquisite piece we come to his second queen, heavily pregnant and in great pain. No Lear is to be seen but his expectation of a son, for once legitimate, is almost unbearable.

Three characters: the young queen; her devoted companion Ursula; and her priest, Lawrence. Back story: the queen was married at 16 and leaves her home in the Borders for good. She is cruelly abused by a husband who, after beating her, kicks her small dog to death. Rooks caw about the castle walls (we assume that the queen’s chamber is in a castle) and in these harsh, loveless, circumstances it is doubly touching to hear Ursula call her queen ‘Sweeting’.

Dorsey writes words that hold and sustain. Queen Lear grasps sympathy where it can be found and does not let go. The queen, who knows that she will not be remembered, talks of the coming birth with dread. She would have the child but fears she will not survive the labour. In her time a caesarean section is all about cutting and not delivery. Alice Allemano plays a woman living the agony of the fact that ‘this child is killing me’, so if ever a role has to be in extremis, then this is it. Jane Goddard plays Ursula with a loving solicitude that is never familiar but always kind. Mary McCusker, as Lawrence, has ‘his’ own confession to make in a performance of great sensitivity and control.

Mark Leipacher directs. It is a tight work, physically and emotionally close, as you’d expect of a confinement and what lightness and lift there is comes from the lyrical quality of Dorsey’s lines. Three benches and an embroidered bolster are the only props required. The queen is in an elegant gown that denotes her high rank but which confers neither influence nor power. She can only hope against hope that Lear’s Fool will somehow protect Cordelia.

When resolution comes to such a forlorn situation it’s hard to take. You might not accept it, but that’s the point. For Lear’s queen there is no healing touch for her ‘female wounds’.