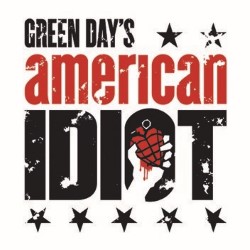 “The amount of passion and work put into this show is honestly astonishing and it promises to be 90 minutes of raw, visceral entertainment where the audience won’t have a second to catch their breath.”

WHAT: “Green Day’s visceral and provocative Grammy and two-time Tony Award-winning musical. Three disillusioned men search for meaning in our broken world. Will tries to care for his pregnant girlfriend but dissociation wins. Tunny, captivated by the American Dream, joins the army. In the city, Jonny finds purpose with rebellious activist Whatsername but in his intoxication and apathy, finds a reflection of himself that won’t let him be. Ninety minutes of breathtaking raw energy and electrifying music that is not to be missed. Edinburgh University Footlights return to the Fringe following their sell-out 2017 production.”

Edinburgh University Footlights returned to Fringe last summer, after a 20 year hiatus, with our 2017 production of ‘Sister Act’ which I was also the producer for. As an Edinburgh-based company, most of us have experienced the Festival before and could not be happier to be coming back this year with ‘American Idiot’. Last year went so well for us, we sold out our 7-day run and hope to do the same again this year with lots of familiar talent, and some fresh new faces!

Our term-time show, ‘Fame’ in February was a huge success for Footlights, as was our Showchoir’s production ‘Encore’. We received 4* and 5* reviews for both, being dubbed a “professional level show at amateur prices” with it being “difficult to distinguish these young performers from professionals”. Finding an incredibly talented cast for ‘American Idiot’ and working towards this show, has also been incredibly rewarding.

‘American Idiot’ is a musical based on Green Day’s concept album of the same name. The album has been adapted, with additional script written by Billie Joe Armstrong and Michael Mayer, and the show follows the story of Johnny, Will and Tunny as they leave the suburbs to pursue big dreams in the city. I am producing the show alongside Annabel Reid, and it is being directed by Maddie Flint. The amount of passion and work put into this show is honestly astonishing and it promises to be 90 minutes of raw, visceral entertainment where the audience won’t have a second to catch their breath. The show only runs for 1 week during the Festival and so shouldn’t be missed!

Our fellow university society EUSOG are putting on ‘The Drowsy Chaperone’ which promises to be incredible, as well as EUSC’s production of ‘Much Ado About Nothing’, Room 29 Theatre’s ‘Dogfight’, and Bare Productions’ ‘You’re a Good Man Charlie Brown’. I also wouldn’t even be in Edinburgh at university or doing this show were it not for Young Pleasance who I first experienced Fringe with in 2012. This year they are putting on ‘The Red Shoes’ which I’m sure will be stunning, as their shows always are!