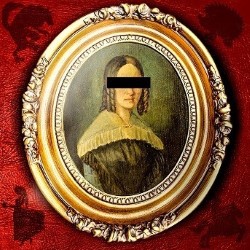 “I first came to Edinburgh and the Fringe in 2011 as a performer and ended up falling in love with the city and moving here the next year.”

WHAT: “Cannibalism, werewolf trials, deceit, and murder: Marie Hassenpflug and the Brothers Grimm are trying to edit the darkness out of old stories. But as they do so, the voices of the women who created these tales are lost… What will be saved and what will be forgotten? The Grandmothers Grimm explores women’s role in the creation of the Brothers Grimm’s famous anthology. Discover a night of folk and fairy tales as you’ve never heard them before. Following performances in Buxton and London, Some Kind of Theatre are proud to bring The Grandmothers Grimm home to the Edinburgh.”

WHERE: Paradise in The Vault – The Vault (Venue 29)

We’re actually here all year: Some Kind of Theatre have been making shows in Edinburgh since 2015 and this is our fourth Fringe.

I first came to Edinburgh and the Fringe in 2011 as a performer and ended up falling in love with the city and moving here the next year. Since then, I’ve taken part in every Fringe either as a performer, stage manager, director, producer, or hander-out-of-flyers for friends’ shows.

I adapted and staged the world premiere of a book that had been lost for 90 years!

In the 1920s, Vita Sackville-West wrote a brand new, miniature book called ‘A Note Of Explanation’ for the Queen Anne Dolls House and it got put on a tiny shelf in the dolls house without anyone realising “oh, this is a brand new story by a rather famous author!” and no one discovered it until the dolls house was renovated in 2017.

‘A Note Of Explanation’ – which is about the adventures of a cheeky sprite who’s been involved in all of the events in fairy tale history – was officially published and I read it and went “oh, this is SO perfect for Some Kind of Theatre – we have to stage it”, so got in touch with the Royal Collection Trust and Vita Sackville-West’s estate, got their blessing to adapt it, and away we went. It was one of our most ambitious shows so far (and our first children’s show!): we were using giant puppets, huge pantomime costumes, and shadow puppets and there was a wonderful, magical atmosphere that our three brilliant performers -Justin Skelton, Imogen Reiter, and Gillian Goupillot – managed to create. We’ve had a brilliant response to the show and have plans to take it on tour in December this year.

Continuing slightly with the fairy tale theme, our Fringe 2019 show is ‘The Grandmothers Grimm’: an exploration of the dark origins of the Brothers Grimms fairy tales and the women who created them.

The show in set on a winter’s evening in the Brothers Grimm’s study, where they and a house guest – Marie Hassenpflug – are poring over transcripts of old folk tales told to the Brothers by women that they know. The Brothers and Marie start trying to remove the horror from these stories and re-tell them to make them more suitable for children, but Marie notices that the Brothers are erasing the female characters and the original authors. The show looks at why these women and female characters have been forgotten and tries to champion women who have been left out of history.

‘The Grandmothers Grimm’ started life as a short play at the Edinburgh Horror Festival in 2017. I’d been approached about putting a play on at the festival and decided to do something about the scary, early versions of classic fairy tales. While I was researching the play, I found out a lot about how the Brothers Grimm’s famous fairy tale collection was put together and how so many women have gone unacknowledged for their contributions to it, and I got pretty angry about that and the play morphed accordingly! I reworked it after the Horror Festival and it went from a fairly easy-going piece telling gory versions of fairy tales to this tirade against the way women and their artistic and literary work have been treated by history.

‘The Grandmothers Grimm’ is being performed throughout the Fringe: we’re spending the 3rd-17th (not 11th) at Paradise Green, where we performed ‘Twelfth Night’ last Fringe. Then, we’re taking the show on tour to living rooms, offices, care homes, and schools as part of our Theatre On The Sofa project. Theatre On The Sofa (and its sister project Shakespeare On The Sofa) started as an accessible theatre scheme, bringing shows into the homes of folk who can’t access theatre easily in traditional venues. But we’ve had a lot of demand from other theatre-goers and now absolutely anyone based between EH1-EH20 can book the show, and we’ll bring it right to you in your living room. It’s sort of like Netflix and on-demand TV, but a bit more immediate!

I really recommend ‘The Green Knight’ by Debbie Cannon. It’s a beautiful show, and I love the simple but creative way Debbie uses props in her performance. Go see it, folks!

I’m also really excited to see Keane & Doyle’s two-person production of ‘2Elfth Night’ at Paradise Green. Having produced on Some Kind of Theatre’s take of ‘Twelfth Night’ in 2018 and watched the show develop, I’m exciting to see another company’s adaptation of the play.