Our team is drawn from across the city as well as the leading review outfits of the international fringe scene. They are each dedicated to supporting the creative process with critical insight.

A History Graduate from UoE, freelance writer and longtime contributor, Jacob spent nearly eight years on stage before deciding he’d rather be sat in the darker recesses, viciously judging people. When he isn’t working freelance, you can usually find him in a library, the Pleasance Olympic gym, or agonising over the fact he likes hotdogs despite the fact he knows they’re made of all the garbage parts of the animal.

Dan is a corporate comms guru, freelance writer, and olive oil magnate who is currently enjoying his toughest ever gig as a stay-at-home-dad. He’s was FringeReview‘s Edinburgh Editor before co-founding Edinburgh49.

“I launched Edinburgh49 because I passionately believe that there should be a year round review site chronicling the world-class creative activity in our city. The established media is slashing its arts coverage, becoming increasingly irrelevant for both punters and producers. I want there to be a site signposting the arts scene so that my fellow Edinbuggers can make informed choices about getting their arts fix in our amazing city.”

Nathaniel Brimmer-Beller has been a host on FreshAir Radio, the Edinburgh students’ station, since October 2015. At the university’s Bedlam Theatre he’s directed Frost/Nixon, Sir Arthur Saville’s Crime, as well as How To Sell A War. Nathaniel was elected President of Bedlam in March 2017 and his own script, Mack the Knife, will premier at this year’s Free Fringe.

Nathaniel has previously interned for the American Film Institute, including two seasons as an assistant at the AFI’s Silver Theatre in Cannes during the Film Festival. He was also a Youth Teaching Assistant at the Smithsonian Institute in his native Washington DC.

Alan is a retired English teacher with a wealth of insight into the Edinburgh arts scene. Alan taught English Literature (and English) for a long time in Edinburgh and in inner London. A former editor of various school magazines, with their markedly diverse readers & constituent interests, he is now enjoying Edinburgh49 as a publication that knows its own mind and place. You can, of course, agree with him that the city – any great city – is a cultural playground.

As Edinburgh49‘s second Editor, Alan helped established the title as a fixed presence in Auld Reekie firmament. He also writes for Fringe Guru during the festivals.

Favourite Edinburgh View: Looking down Hanover Street from George Street and over the Firth to Burntisland and Fife.

Mark was born in Sheffield and graduated with a double first in English from Jesus College, Cambridge. His West End credits include Who’s Afraid of Virginia Woolf? opposite Matthew Kelly at Trafalgar Studios. Mark is a veteran of numerous arts festivals and a regular favourite at the Edinburgh Fringe.

His two hit solo plays, The Silence of Snow: The Life of Patrick Hamilton, and Quentin Crisp: Naked Hope have been performed over one hundred times and were both published by 49Knights.

Steve is an actor, writer, marketing professional, marathon runner, and anything else he can cram into his hectic schedule. He fell in love with Edinburgh on his first visit to the Fringe in 2006 and succumbing to Auld Reekie’s charms he eventually moved here in 2013. Steve has trained in drama, contemporary dance and singing, and is a huge supporter of the arts, especially among young people.

A former media officer at the Edinburgh Festival Fringe Society, Steve possess a unique, behind-the-scenes view of the world’s greatest arts festival – experience with which he will help guide coverage of the festivals in 2015 and beyond.

Favourite Edinburgh View: Seeing the whole city bathed in warm pastels as you fly back in over East Lothian at dusk. 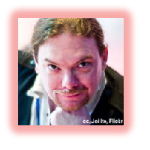 Ewan is a BAFTA nominated podcaster, blogger, writer and commentator as well as being the host of Edinburgh Nights a weekly show on Edinburgh’s Castle FM radio station, promoting shows, events, and music that will be taking place that weekend across the city.

Favourite Edinburgh View: From the curve half way up the Mound, looking over to Fife, on a sunny day.

Helena Salgueiro is a Galician theatre-maker, performer and writer based in Edinburgh. Helena has performed in different theatres and festivals from Galiza, Portugal, Spain, Scotland, England, Sweden and Lithuania. She also published two poetry collections, participated in several literary anthologies and was the artistic director of GN Teatro until 2017. Her work focuses on the relationship between folklore, poetry, dance and visual arts.

Favourite Edinburgh View: From the foothills of Arthur Seat, where you can pretend you’re not in a city.

Paige is peanut-butter addict, lover of contemporary theatre and self-proclaimed arts activist. She enjoys exploring the ways that theatre can create connections between people, nature and the planet in the current climate of uncertainty. Her projects have mainly included experimental theatre and pieces that challenge the conventions of theatre and spectatorship. In 2017 she was nominated for The Lancashire Arts Festival award with a piece of original performance work, and she recently graduated from The University of Edinburgh with a MSc in Theatre and Performance Studies. Paige is currently living in Edinburgh and can be found hunting for vintage bargains in Morningside’s thrift stores on a Sunday.

Favourite Edinburgh View: The view of the city from the rooftop of the National History Museum.

A lifelong music lover, Charles has from an early age sung, tinkled on the piano, scraped the violin and fumbled on the guitar. Like many, his technique is way behind his appreciation, but maintaining the discipline of playing gives him a particular feeling of the momentous achievement that is performed live music, an extraordinary combination of risk taking and technique that very rarely goes wrong and often transforms the soul.

Charles is a retired businessman with a background in sales, marketing services, and human resource development, and ran his own consultancy business for 15 years before retiring. Having been a regular visitor he moved to Edinburgh from London in 2015, and considers it one of the most culturally intense and vibrant cities on the planet.

Favourite Edinburgh View: Arthur’s seat from The Meadows on a bright Edinburgh morning.

Martin is a blogger, social media and current affairs addict with a sideline in politics. He first discovered art on a trip to St. Petersburg, music at Aldeburgh and comedy with Dave Allen and The Young Ones.

Having travelled extensively, Martin has lived in Edinburgh since 2008 and is attending Heriot-Watt university after a long career in oil exploration.

Favourite Edinburgh View: From Blackford Hill, looking north over the city and out beyond the Firth of Forth.

Iona is a Journalism Student at Edinburgh’s Napier University who you can usually find roaming around the Grassmarket/Cowgate area, either chatting away  to everyone or having a good boogie on the dance floor! Having moved away from Edinburgh for a few years she now appreciates even more what this fantastic city has to offer.

In particular she loves Edinburgh’s live music scene and enjoys getting to know all the great people you meet in and around Edinburgh’s pubs and clubs.

Favourite Edinburgh View: From the top of Easter Craiglockhart Hill – from here I can see the flat I grew up in and my old school, it is like coming home!